The palm oil industry of Indonesia

A question of economic against environmental sustainability

Here are the facts. Palm oil is widely regarded as the most versatile oil, with its applications ranging from cooking oil, margarine, cosmetics, detergents, industrial lubricants and even biofuels for cars and power plants. Compared to other oil, palm oil is the highest-yielding vegetable crop, needing less than half the land required by other crops to produce the same amount of oil. This makes palm oil relatively cheap compared to other vegetable oils such as rapeseed and sunflower oil. In addition, palm oil is superior health-wise as it contains more vitamin A and vitamin E compared to any other edible oils and helps reduce the risk of a variety of diseases such as Alzheimer’s or cancer. Bearing all these environmental and economic benefits in mind, no wonder the demand for palm oil, and its level of production have increased significantly in the last few years. 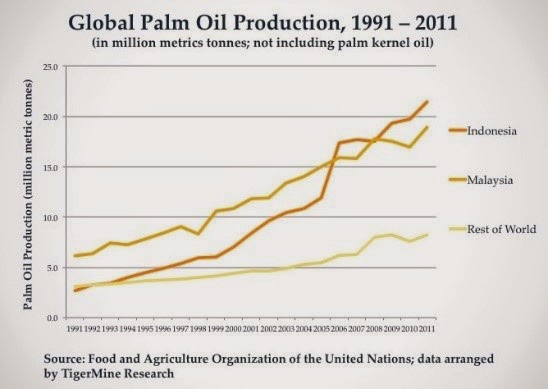 As an edible vegetable oil, palm oil represents the largest share of worldwide edible oil production, at more than 30%, followed by soybean and rapeseed oil at 28% and 15% respectively. And among all other palm oil producers, including Nigeria and Malaysia, Indonesia tops the list by providing more than half of the world’s supply of palm oil. In fact, palm oil is a very crucial part of this G20 member, accounting for 11% of its export earnings of 5.7 billion USD. The industry has also helped Indonesia to relieve its unemployment problem by giving jobs to about 3.2 million people. Not just that, but the worldwide demand for this so called “sacred food” has increased so much that the growth of palm oil production in Indonesia alone averaged up to 8.1% per year from 1987 to 2007. This in turn will bring even more revenue and job employment for Indonesia. So as you can see, it is obvious how important Indonesia’s palm oil production is to the world and to Indonesia’s own economy.

However it’s not all good news in the palm oil business. There have been a lot of critics and protests on how this particular industry impacts the environment, animals and ultimately the people of Indonesia. The most common criticisms are directed at the weak law enforcement in forestry management, which is causing the deforestation of Indonesia’s valuable rainforests, accounting for the loss of 8 million hectares of forest land in Borneo and Sumatra. This loss of biodiversity and ecosystems is so bad that a third of all mammal species in Indonesia are considered to be “critically endangered”. One species in particular, the orangutan, had become an icon of deforestation in Borneo and Sumatra. Around 2500 orangutans are killed each year and 90% of orangutans’ habitat has been destroyed in the last 20 years due to the development of the palm oil industry. This has alarmed the UN so much that it has started an “emergency conservation” programme in Indonesia’s rainforests. 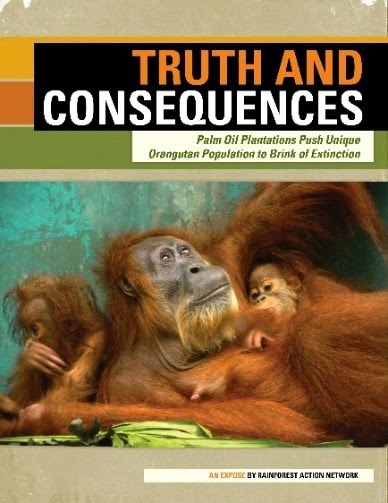 It seems very heartbreaking that such an important part of Indonesia’s economy is stabbing itself in the back by destroying its own very valuable resource. Efforts have been raised to create a sustainable way of developing palm oil production. The “Roundtable on sustainable palm oil” for example has committed to preserving 50% of all the rainforest in Indonesia and utilize the palm oil plantations as a carbon sink. Several NGOs like Greenpeace and Friends of the Earth continually protest and raise awareness of the destruction of Indonesia’s rainforests while promoting a sustainable way for palm oil production.

The numbers are there. Indonesia clearly needs all the economic drive the palm oil industry is providing for them. And the numbers are there again. Indonesia cannot afford not to act upon the rate at which their rainforests are being destroyed. And so the questions remain. For how long can Indonesia maintain their current practices? At what cost? Ultimately, to what extent can the importance of economic sustainability surpass the importance of environmental sustainability? 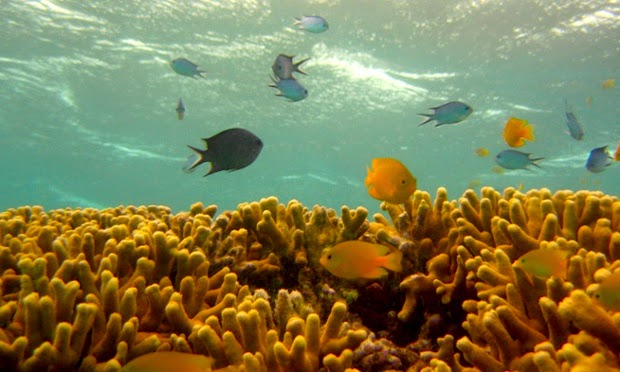 Phytoplankton absorb Carbon Dioxide and release Oxygen. They produce as much Oxygen as all the trees in the world, and they remove 3 billion tonnes of Carbon Dioxide every year. – SAHFOS


hytoplankton are microscopic algae found floating and drifting in the upper layer of the oceans. They perform the very essential task of preparing food for those organisms which don’t have the means to do it by themselves. Phytoplankton achieve this by following the process of photosynthesis, in which they utilize sunlight and carbon di oxide to create food for themselves and for other marine organisms as well.
Ever wondered what the consequences will be if there were no phytoplankton left on earth!
Read more »
Posted by Environmental Engineering student at Sunday, February 01, 2015 1 comment:

Links to organisations and sites connected and related to us: